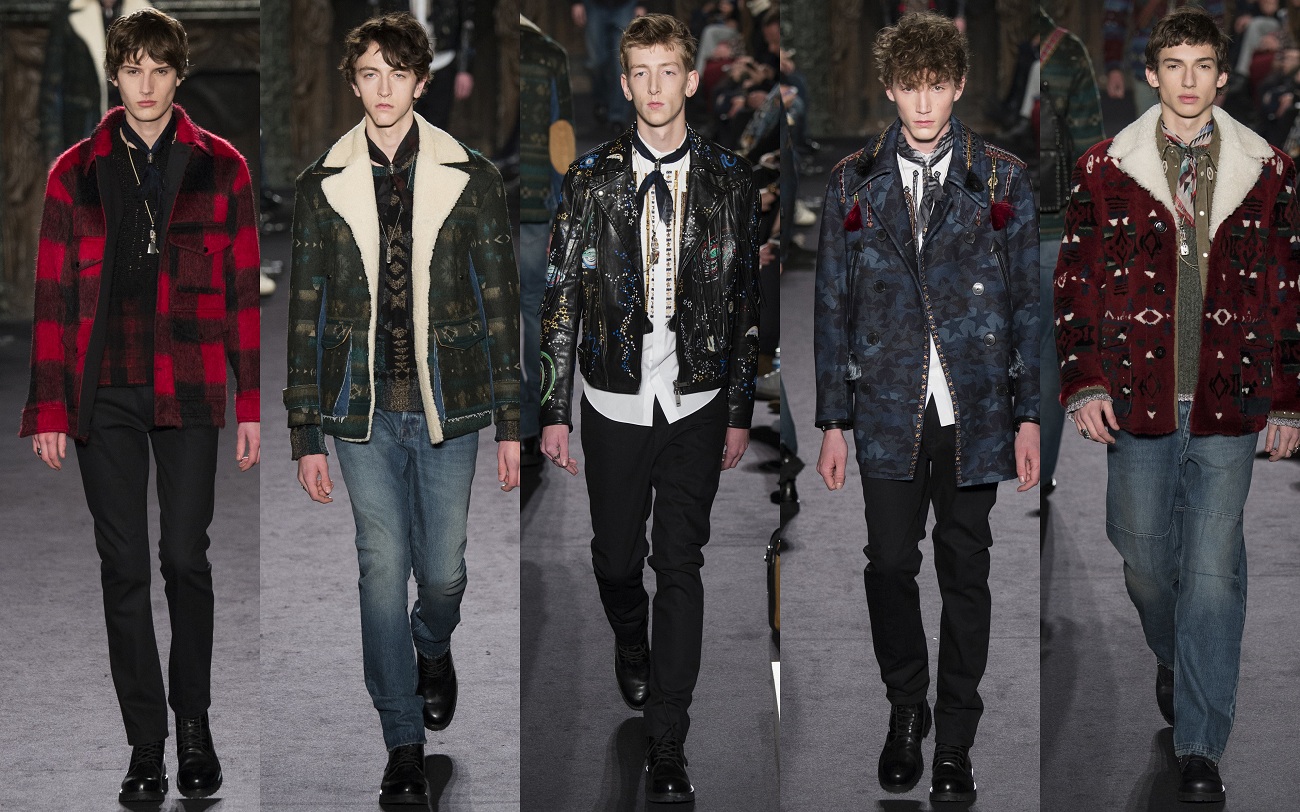 The house of Valentino with its new Fall 2016 Menswear Collection simply resist to be categorized. Co-creative directors Pierpaolo Piccioli and Maria Grazia Chiuri were influenced with various types of free-spirited individuals, from Jack Kerouac to Pier Paolo Pasolini, along with often present Wild West vibes, which resulted in very diverse collection that covered almost every possible ground, from hipster and bohemian, to elegant and dandy. 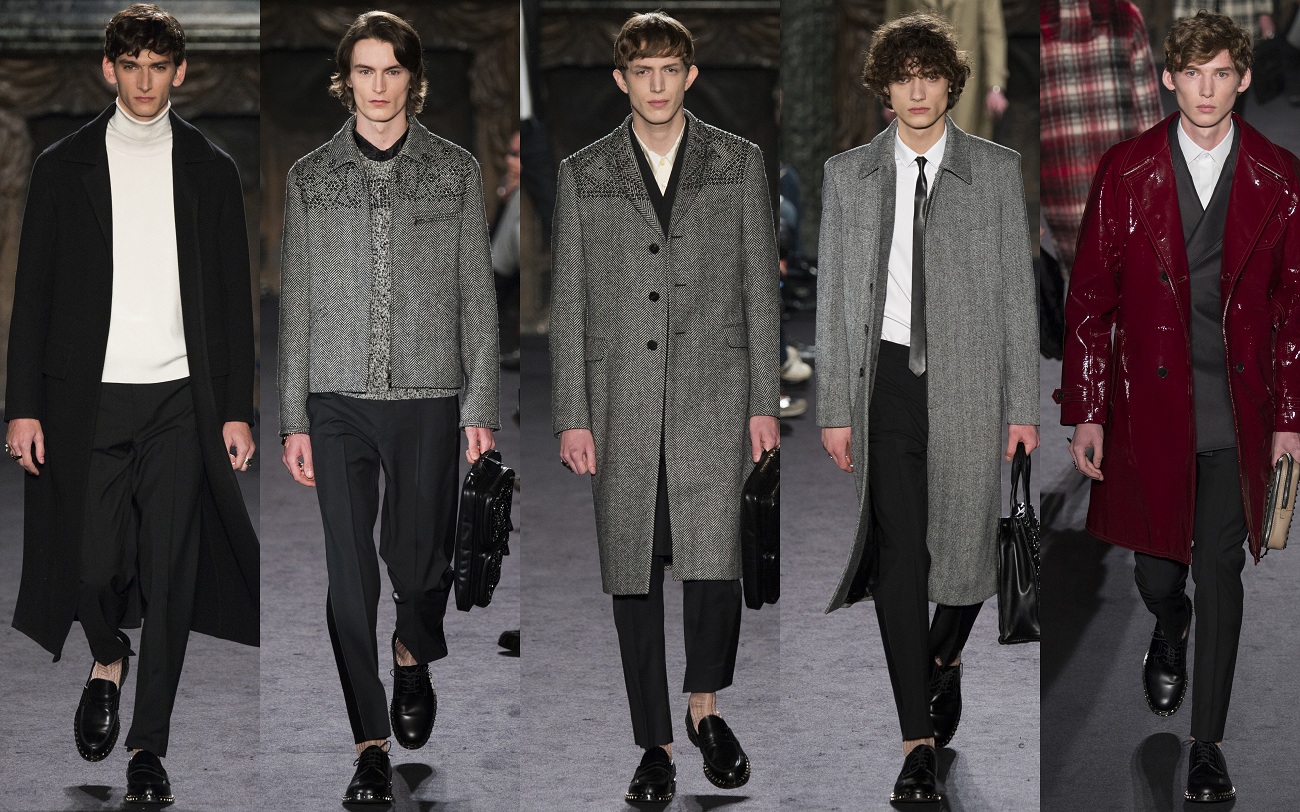 The show opened with black double-face coats, with lean silhouette that will dominate the entire collection. More impressive clothes were revealed as the show progressed- navy coats with military patches, fantastic leather bombers, various studs and crystals scattered on the shoulders of herringbone coats and occasional punk touches, like the metal studs on the edges of a beige trench coat. Later in the show, retro-influence continued, only this time it bordered with tribal, with Navaho patterns on ponchos, cowboy shirts and jackets. 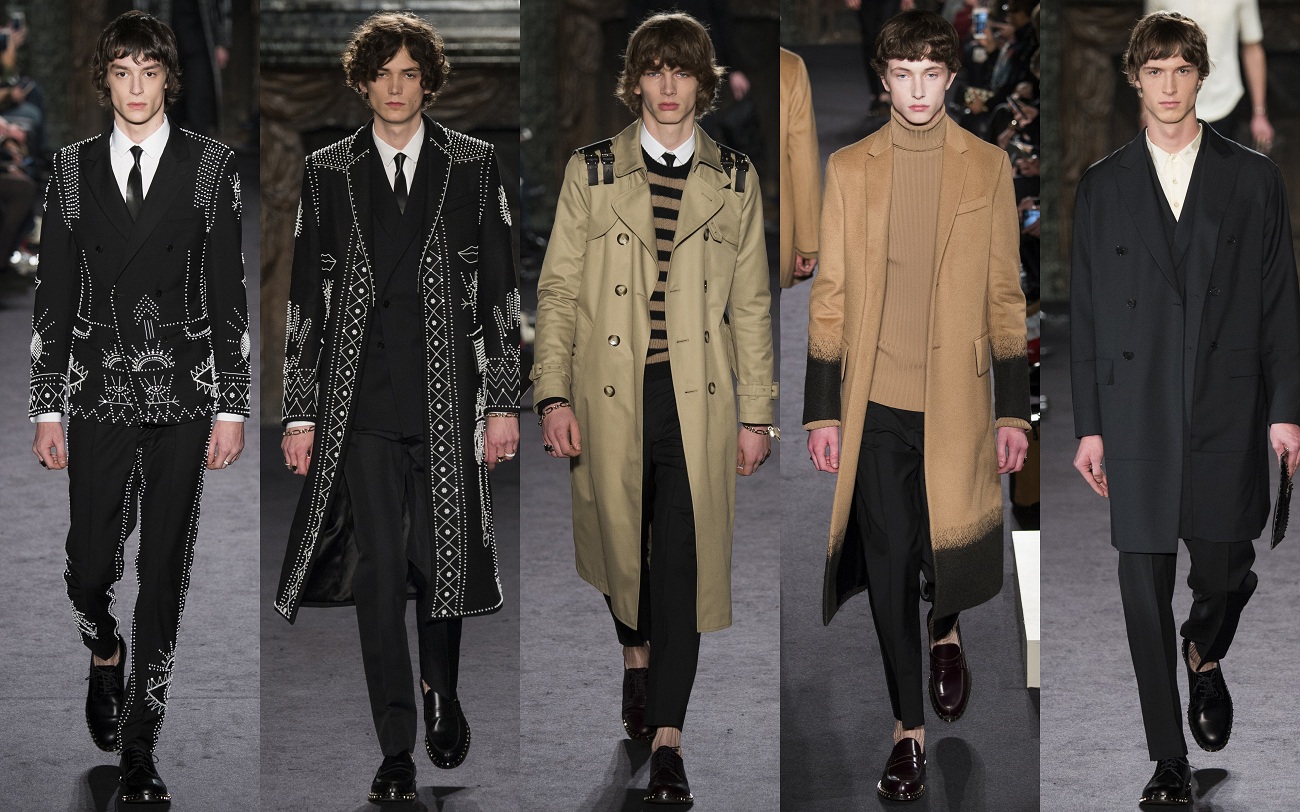 Chiuri said: “It’s about groups. About On the Road, Into the Wild. It’s about a trip around the world but also into yourself.” Piccioli added: “It’s starting from the idea of existentialism. As coming out from a safe situation and rethinking the new, a sense of being a man in the world. Existentialism was born between the two World Wars and it became more strong after the Second World War, after dignity was destroyed. You have to find your own individuality, your own way to express yourself.” 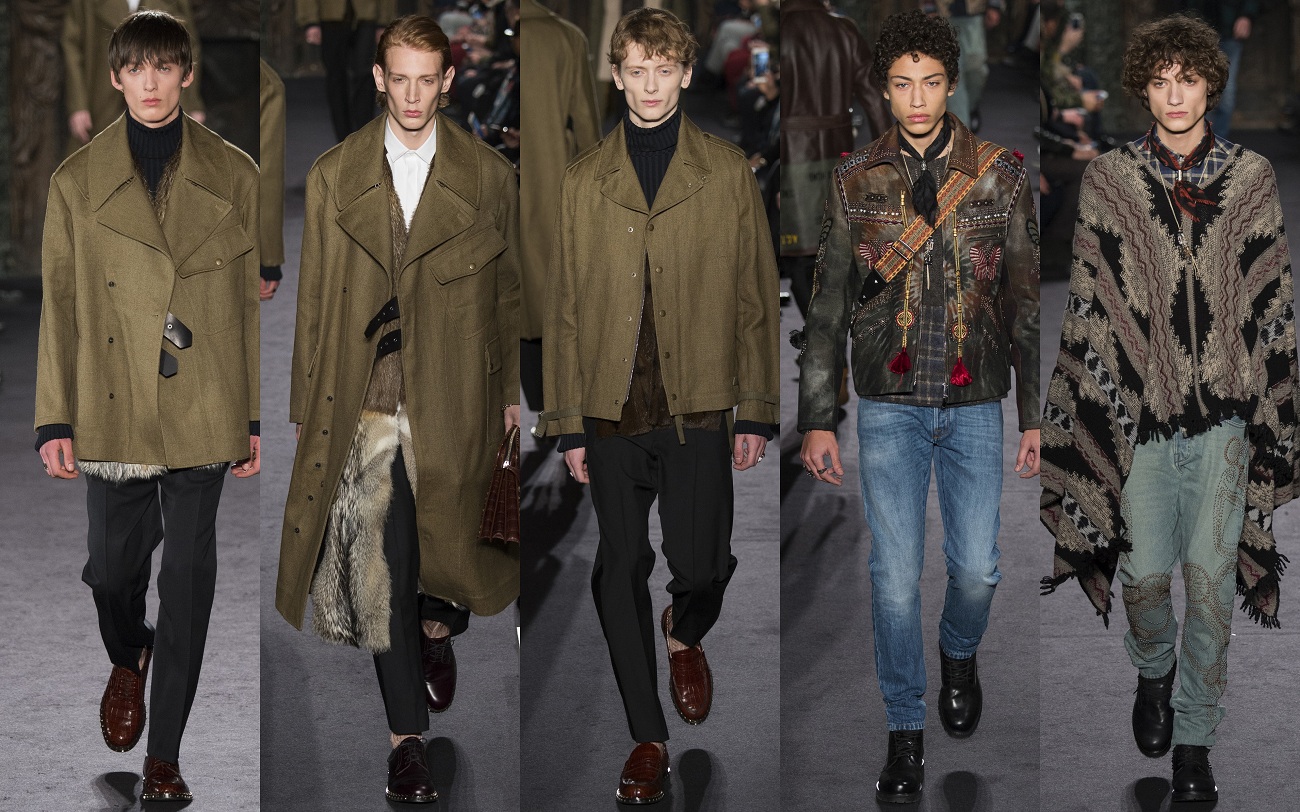