How better to describe Prada’s latest Menswear Collection for Fall 2017, than to cite Mrs. Miuccia herself?

“My inspirations are so many and so complex that to summarize is impossible. But I would say that the main sentiment that I had is going from bigness to smallness; from the big deal of the installation—big architecture and construction—the big deal of fashion, the big deal of art, the big deal of everything. And to go opposite. More human, more simple, more real . . . the desire for reality, humanity, and simpleness.” 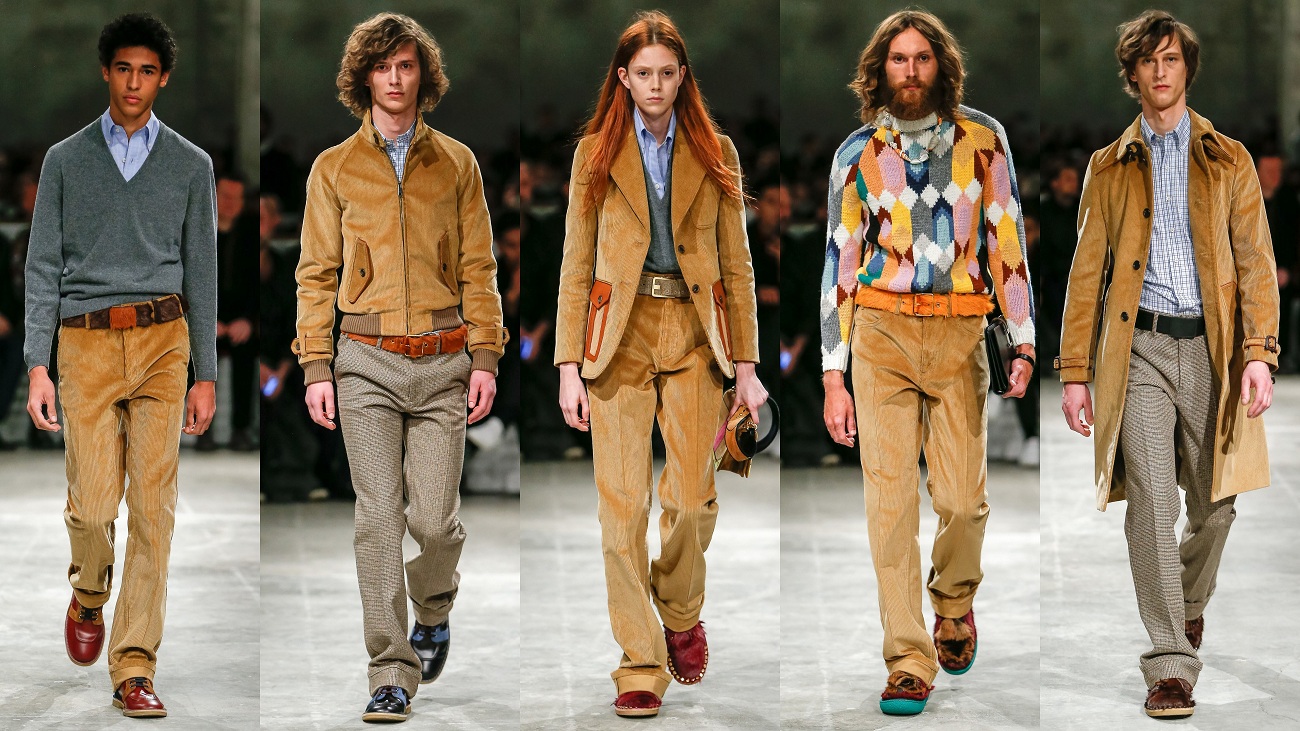 And, indeed, simple it was, but not without Prada’s trademark creative touch. This time, it was all about the 70s, and in Miuccia’s words – she did it spontaneously. Just look at that fur: it was evident on the belts, studded boots in various colors and outerwear that almost looked like the old props from some seventies cop-show. From the V-neck sweater, wide-gauge beige corduroy pant, and some suede-paneled round-toed shoes, to the boot-cut beige corduroy suit with tie, which featured leather panels on its pockets, the collection was everything but boring. The interplay of leather and corduroy was dominant throughout the collection, with shades of brown leather in pants and topcoats and corduroy used in jackets and suits for women. Speaking of which, while there were some looks that mimicked men’s, most of the women’s looks were decidedly more decorative, with florals so quintessential for Prada and futuristic collages on handbags. 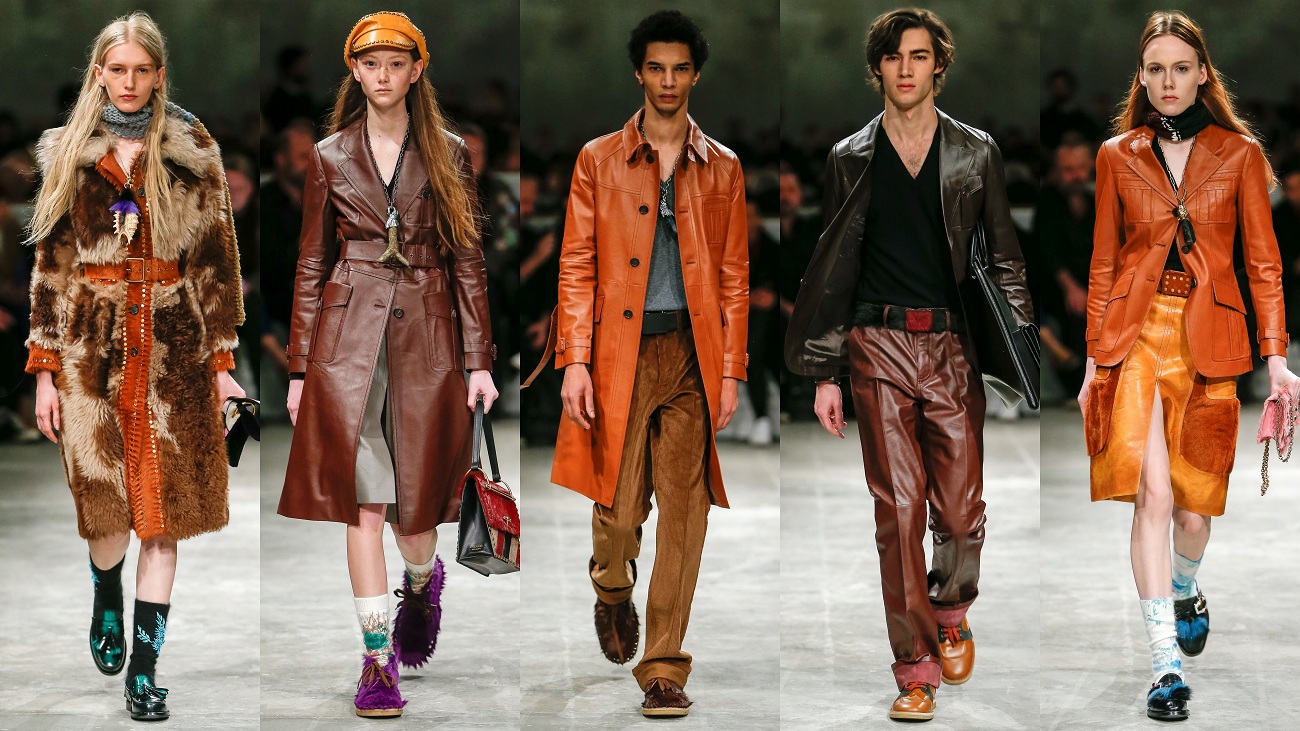 Let’s wrap this overview by citing Miuccia Prada explaining her sentiments about social media hype: “We all went too far to the point that there is so much to follow, so much to do—always more and more and more. You lose somehow your normal nature.” With that being said, this time Prada didn’t travel to some uncharted territories, but instead offered a different, more simple and accessible approach to everyday fashion for fashion-concious consumers. 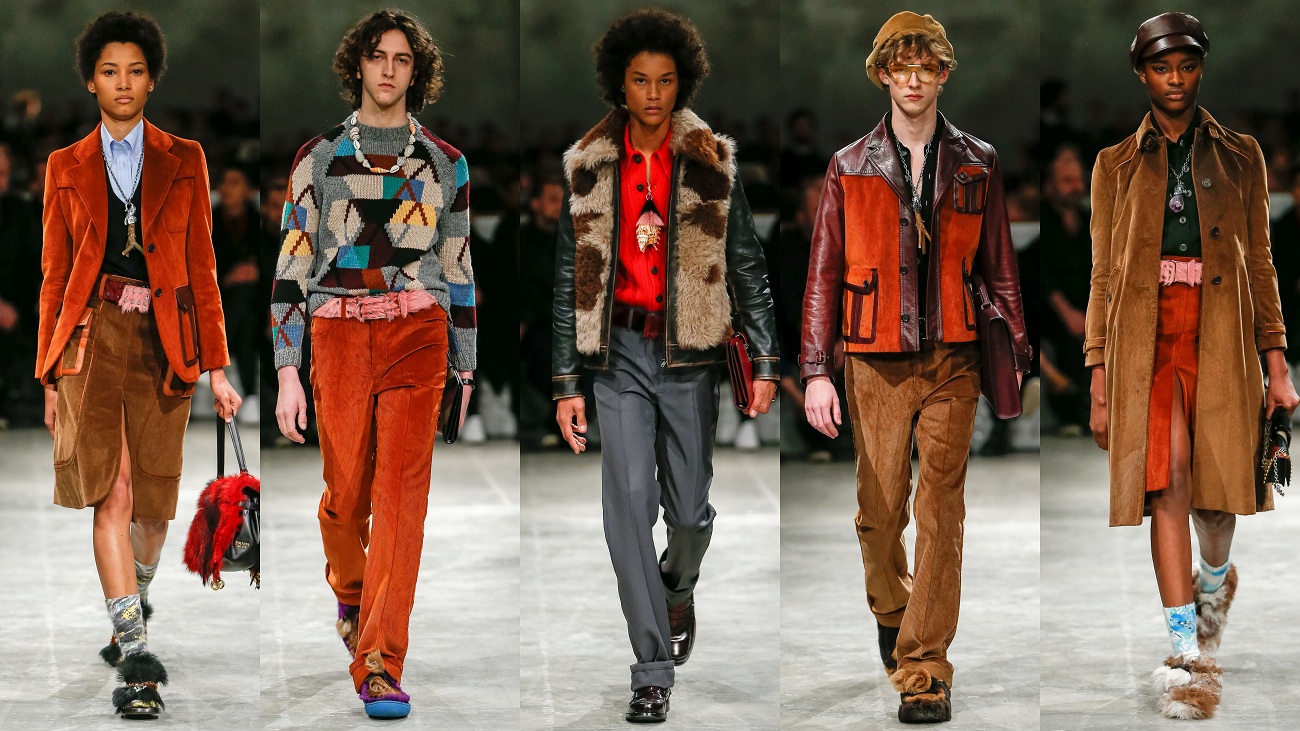 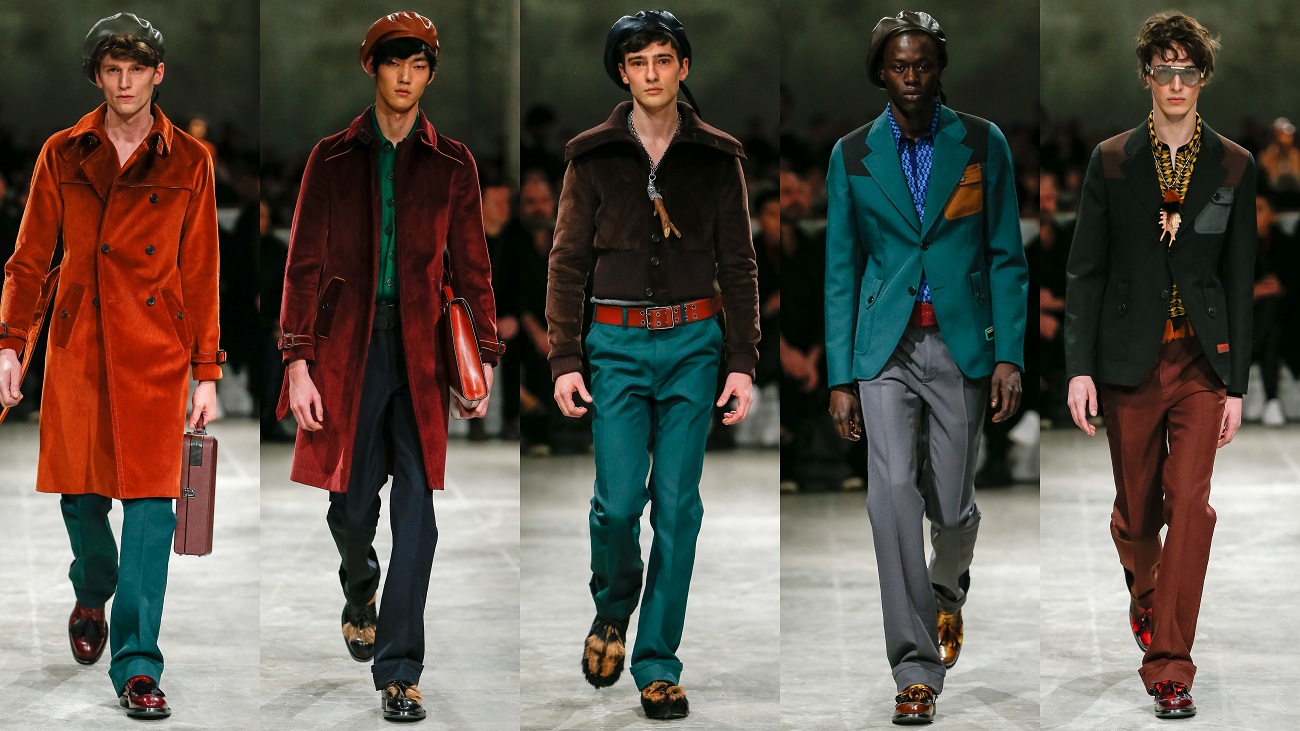 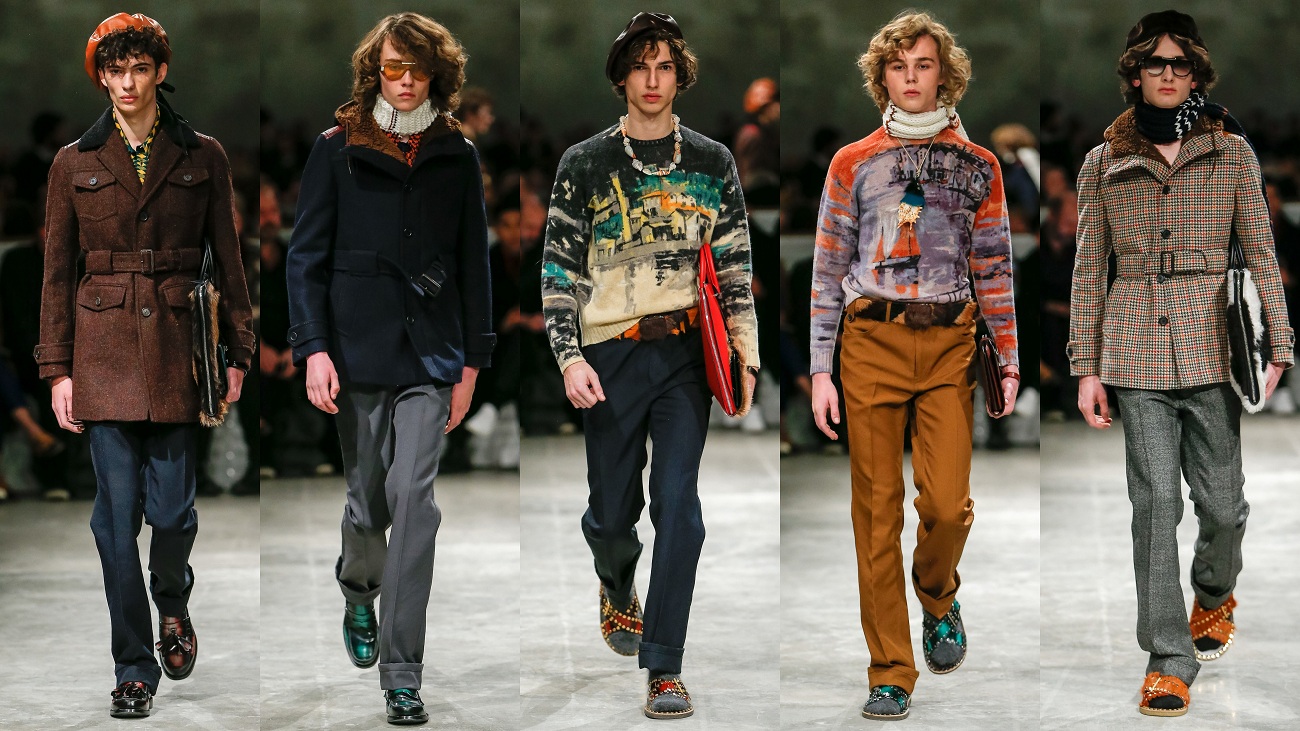 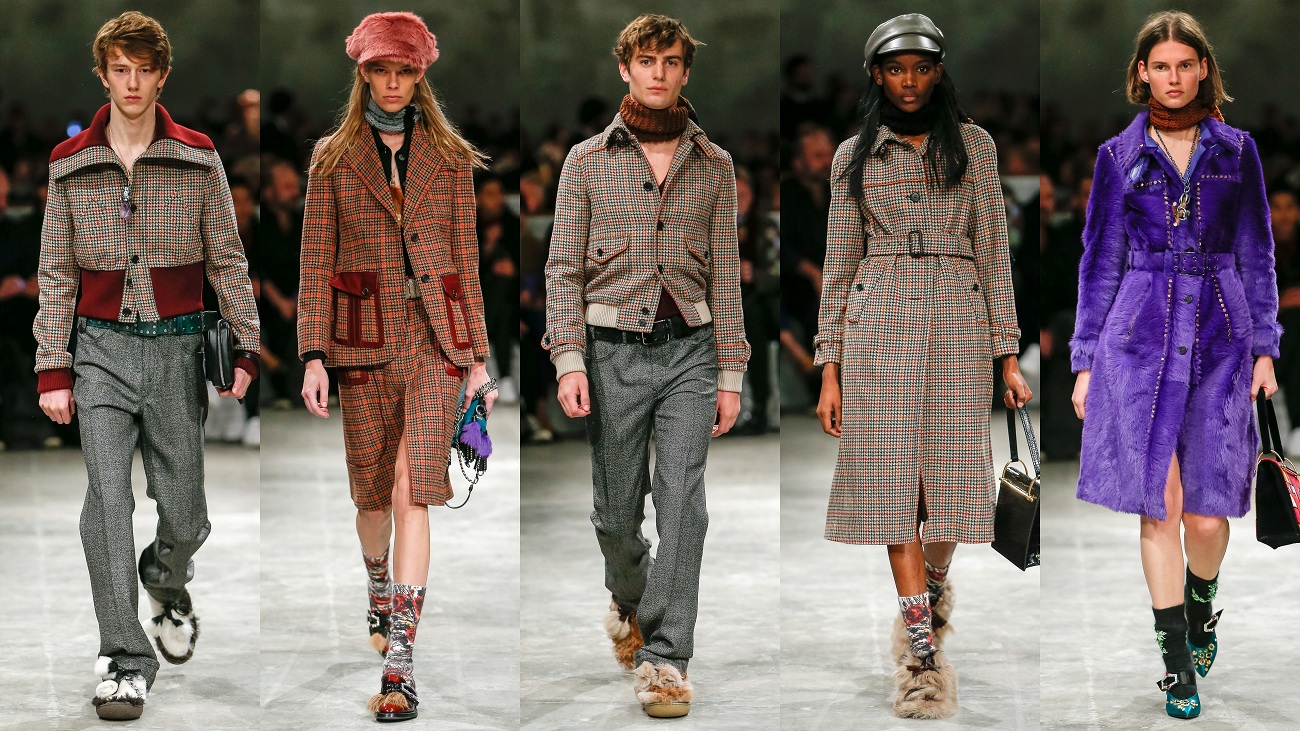 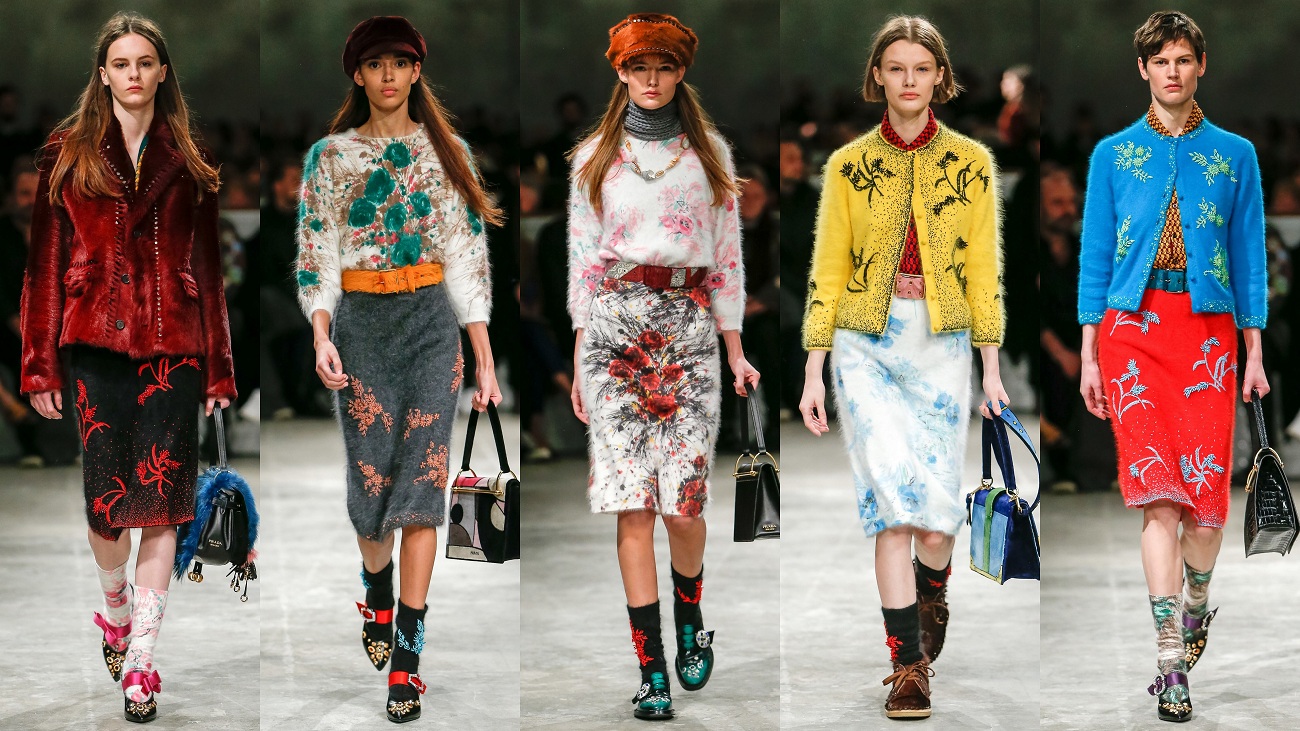 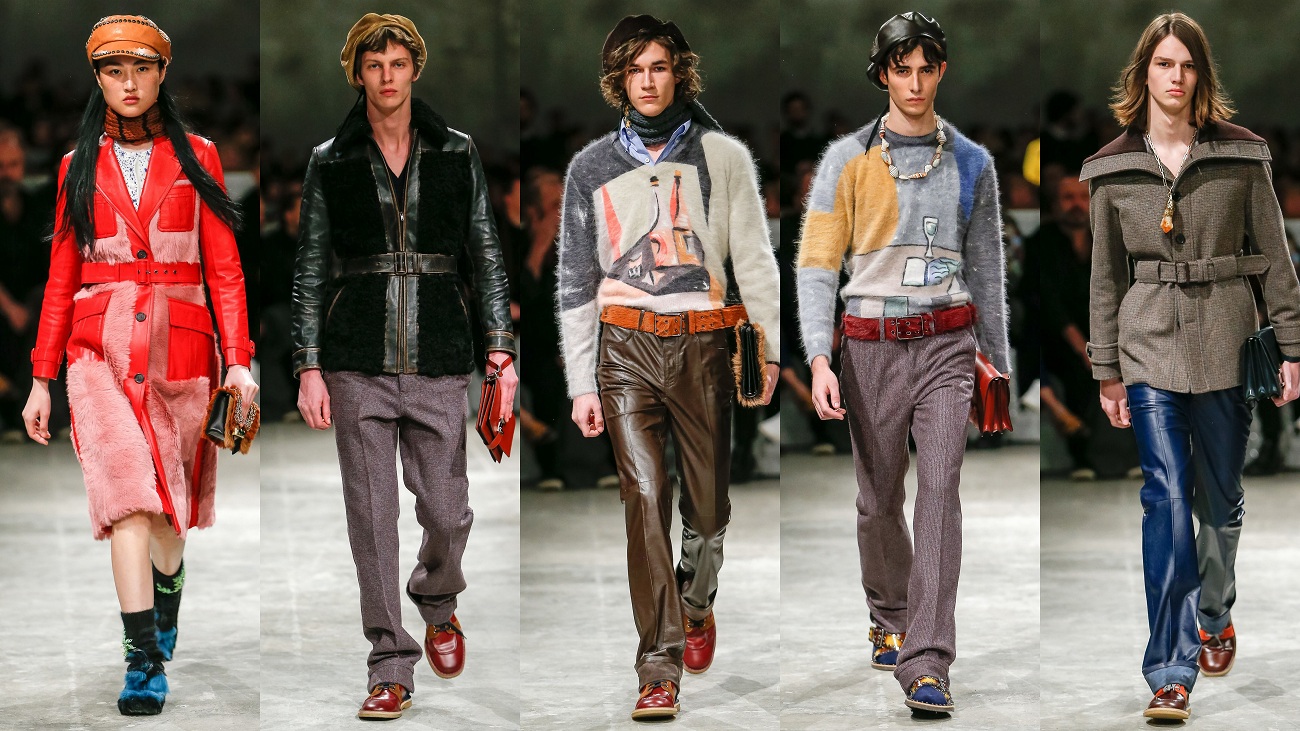 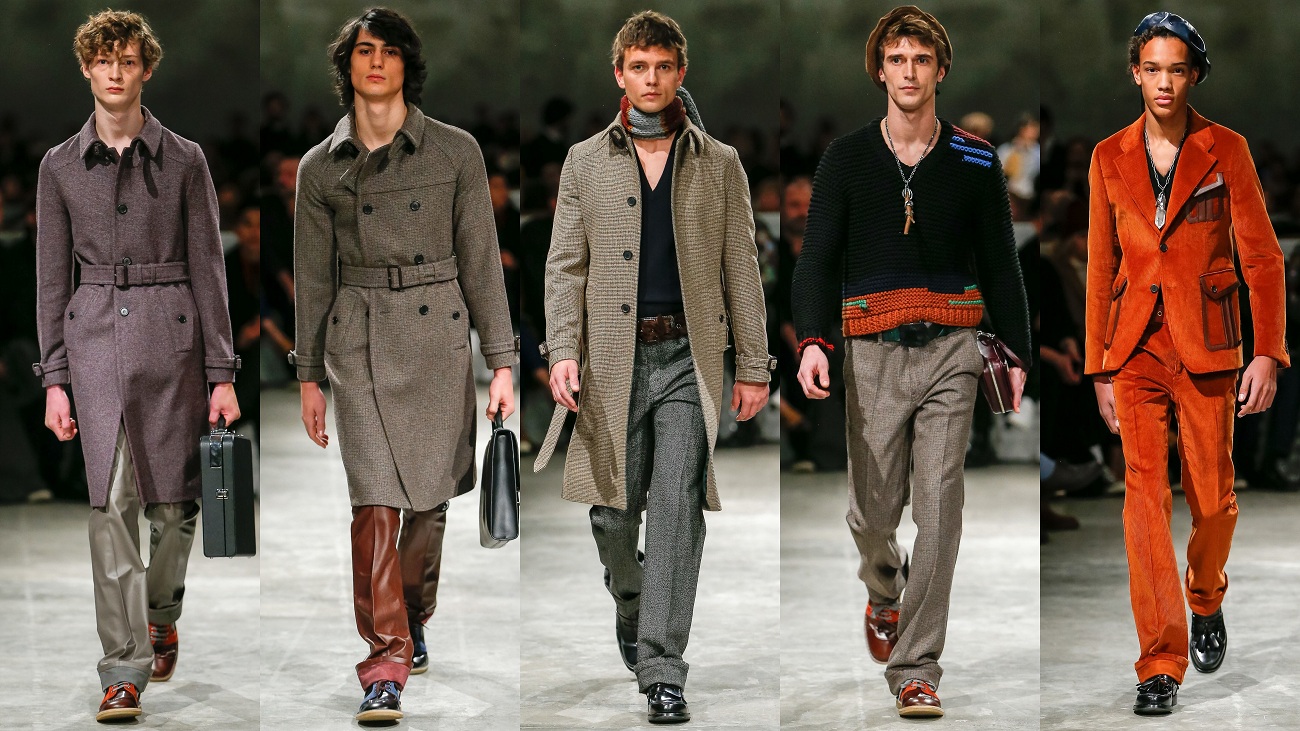 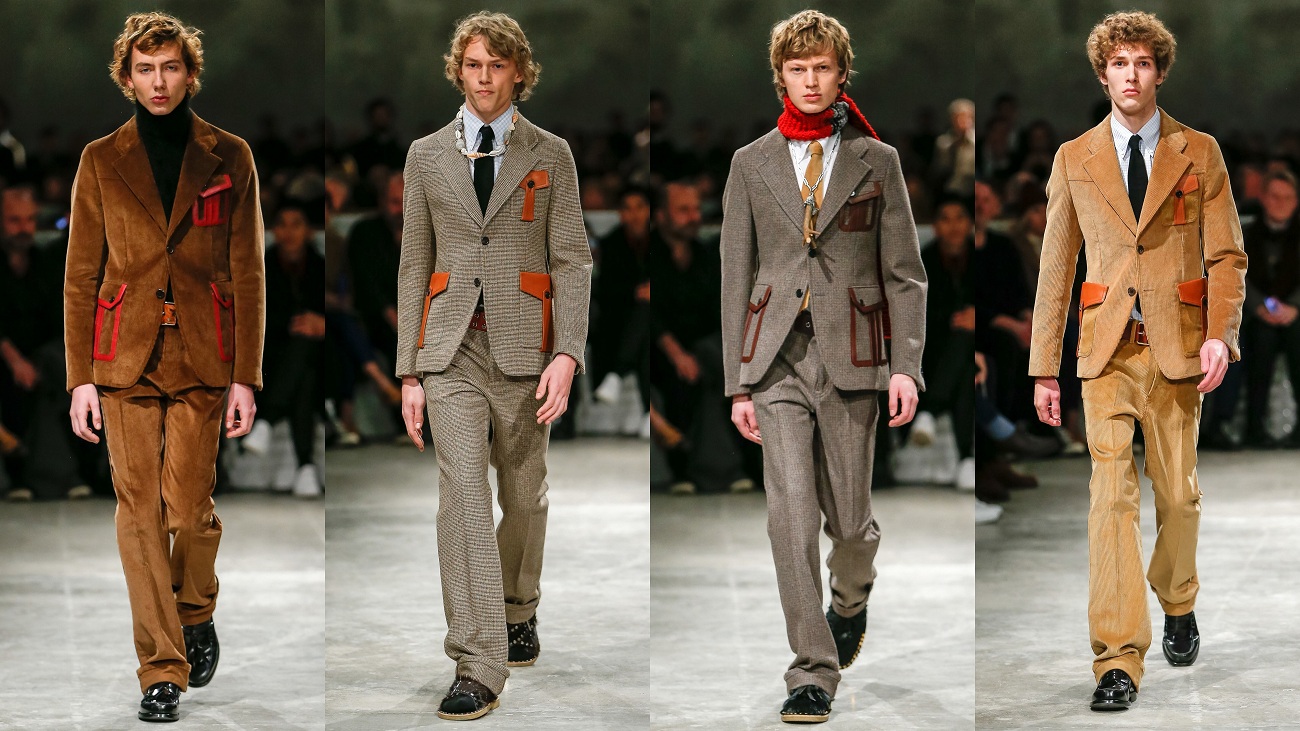 An assertion of the primacy of clothes. The Fall/Winter 2023 Prada menswear collection by Miuccia Prada and Raf Simons is a further exploration of the fundamentals of fashion. It champions its continuing meaning, value and significance...

According to the Chinese zodiac, 2023 is the year of the rabbit – a gentle, elegant and contemplative animal. Prada is marking the start of the year with the Memories of Beauty campaign, which celebrates memory and the sharing...