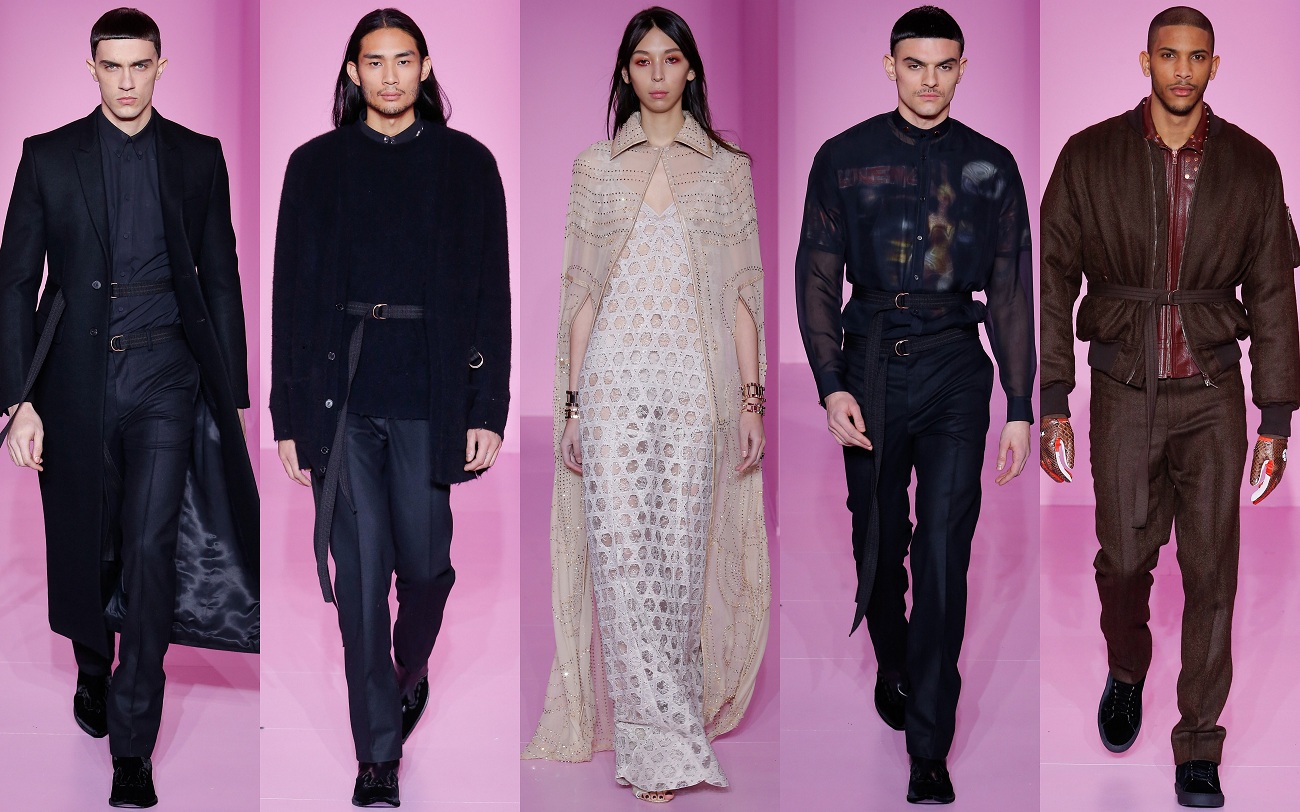 Men’s fashion week in the beautiful city of Paris was where Givenchy presented its Fall/Winter 2016/2017 collection. With the sounds of techno music, in the fuchsia pink room with fluorescent lights, Riccardo Tisci showed his not-so-colorful designs. It’s this contrast that brought to attention the color scheme of the entire collection – black, brown and grey. There were even some “all black everything” ensembles going on. 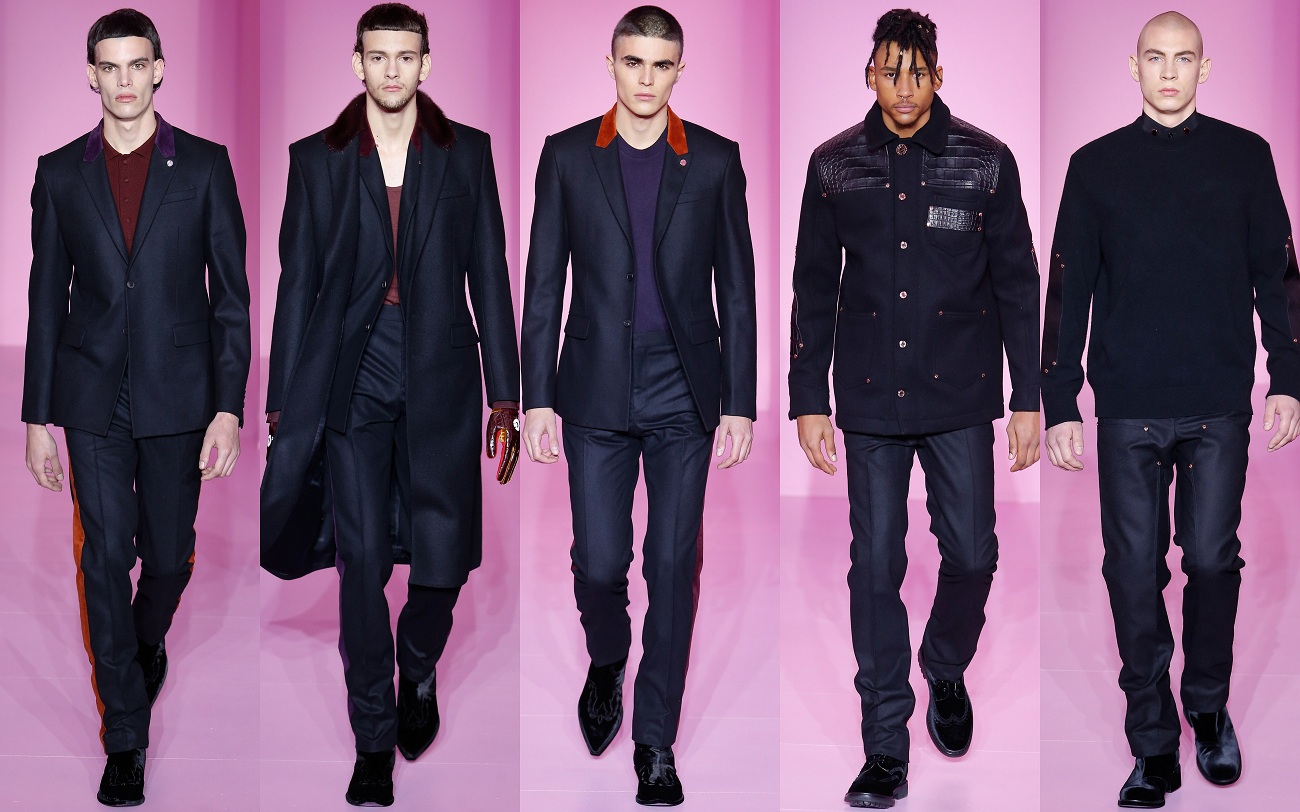 The main theme of the show was – freedom. You could not see much of it in the collection, except for the very visible signs of his everlasting love for America – the land of free. Models were seen wearing loosely tied American flag bandanas around their neck. Besides this, freedom was only a word, since the designs were pretty streamlined, controlled, precise and safe. The only crazy, unexpected and eye catching part were serpent prints on outerwear. Tisci also sealed and confirmed bomber jackets on trend radar for the next season. 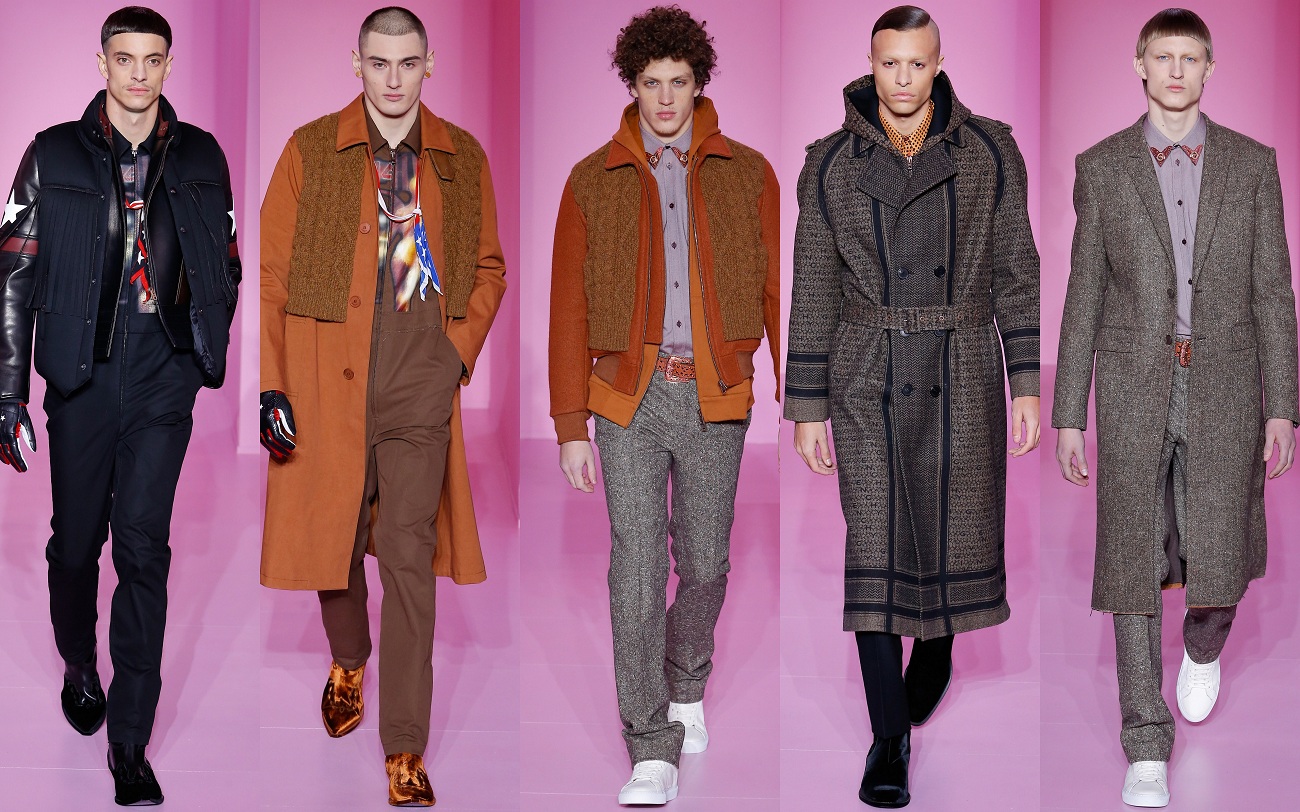 When it comes to the shoes, Riccardo pooled the “surprise” card by sending out velvet pointy cowboy boots to the catwalk. On the other hand, the main attraction were heavy rose gold, copper rivets all over – on jackets, trousers, coats and collars, the only metal embellishments that prevailed and permeated every look.

All in all, the entire collection was based more on commercial side of the business at the expense of the creative. It will sell quickly, there is no doubt, but the new, ground moving ideas lacked this time. Tisci has not disappointed however, he rather restated what was already obvious and trending with his personal and unique spin to it. 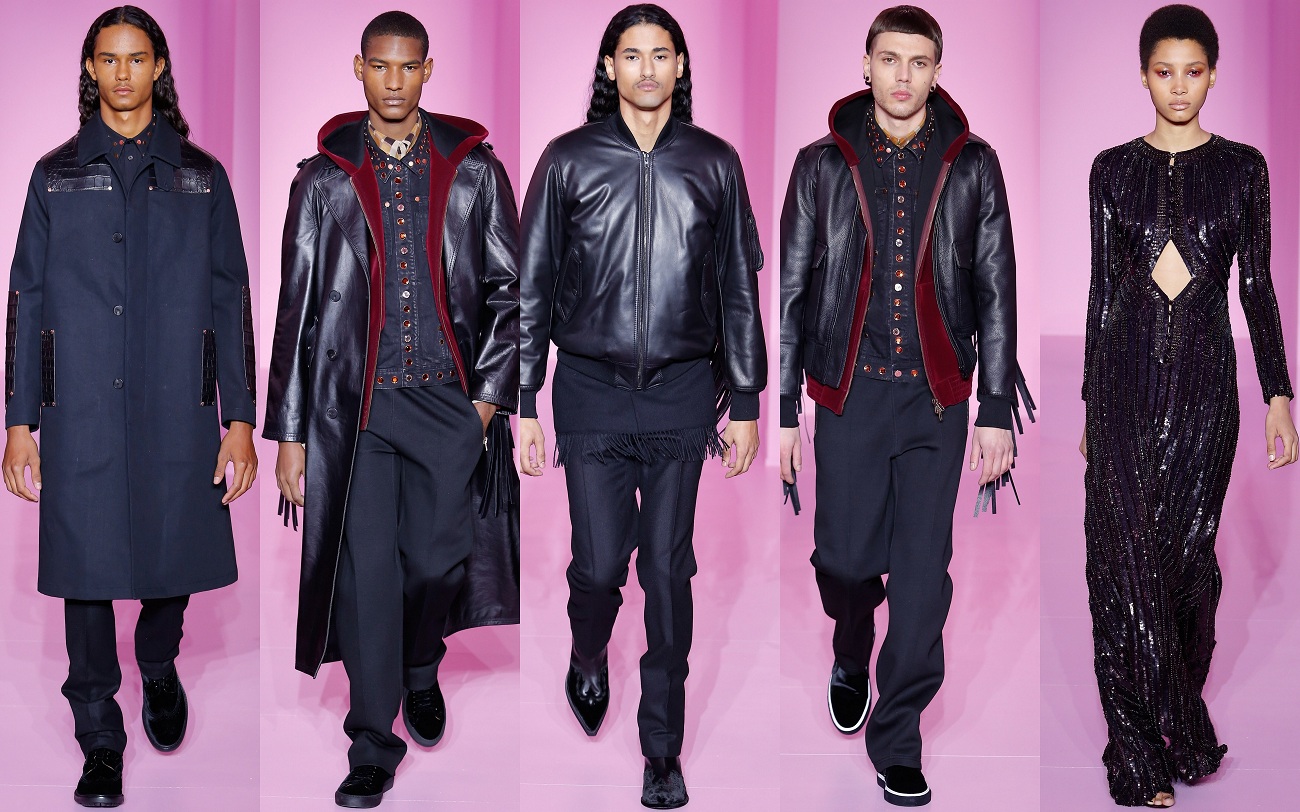 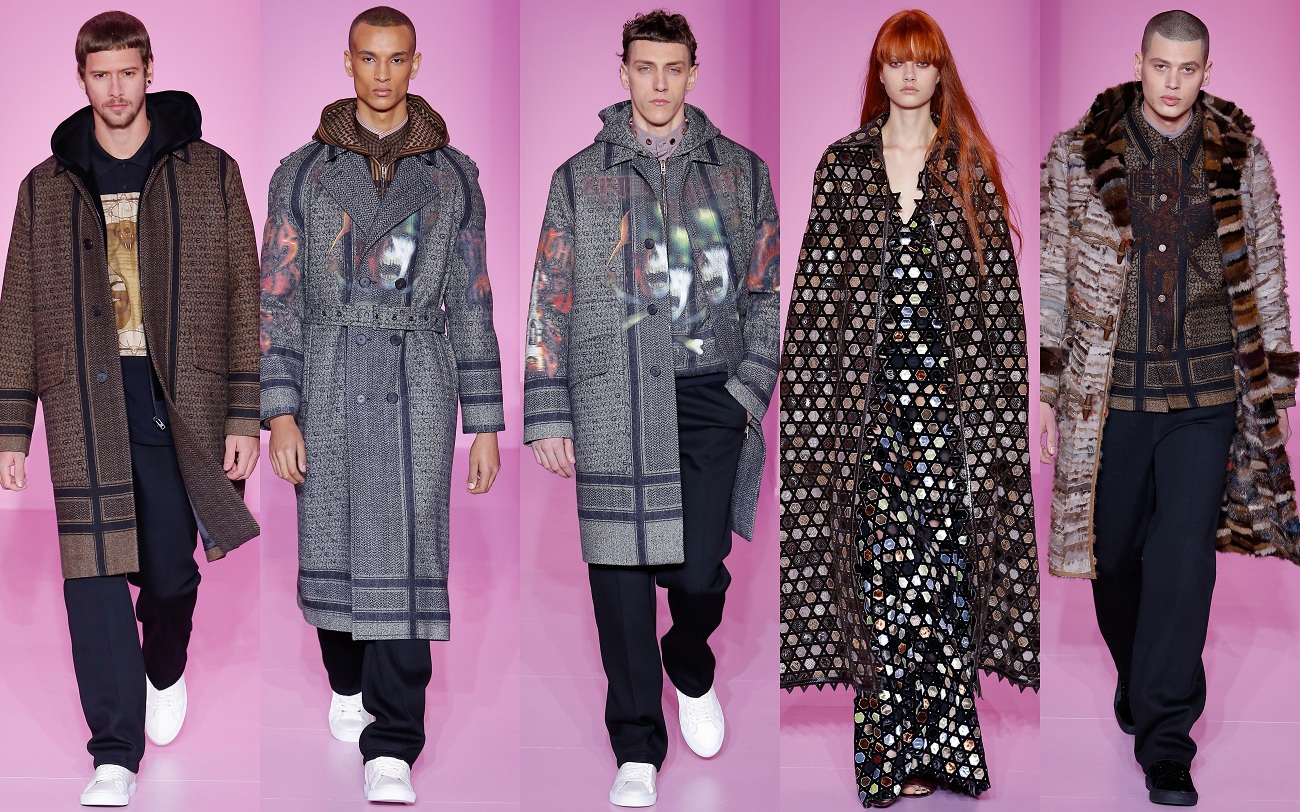 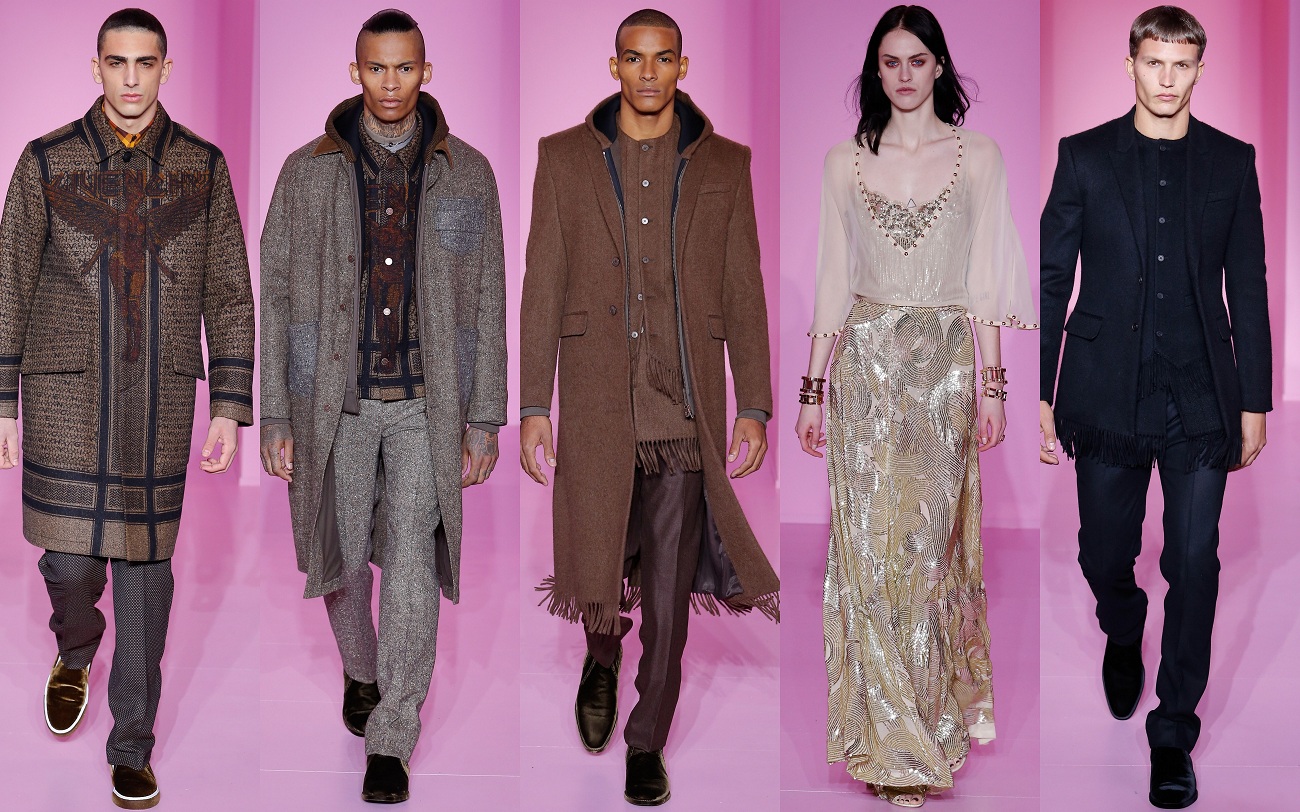 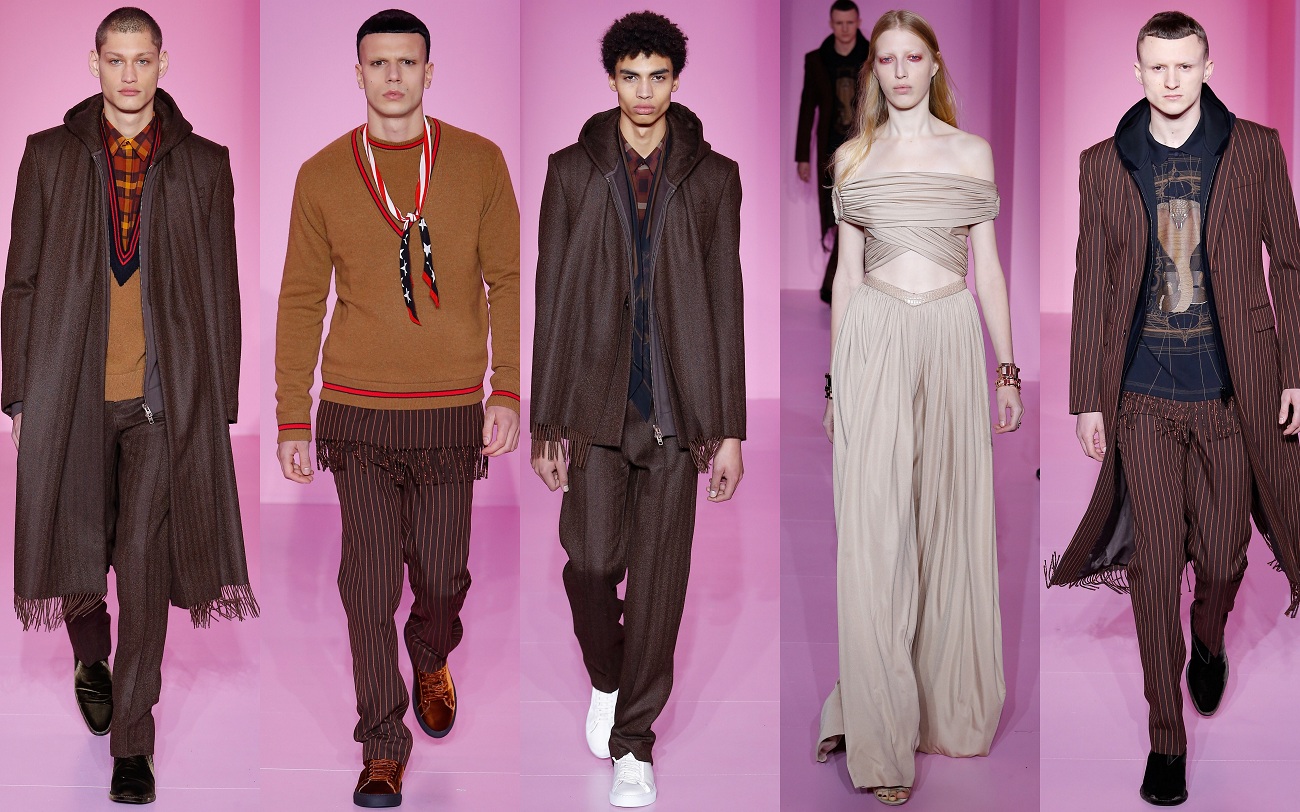 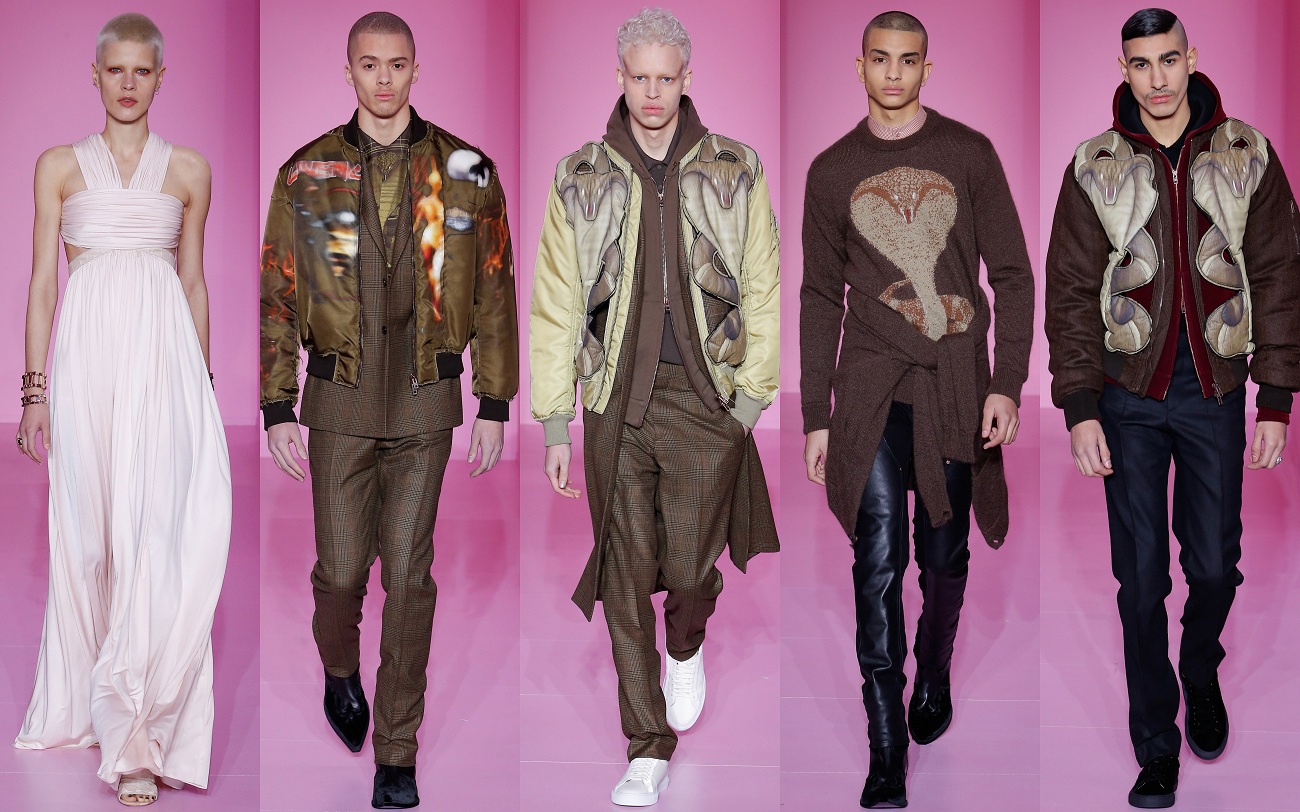 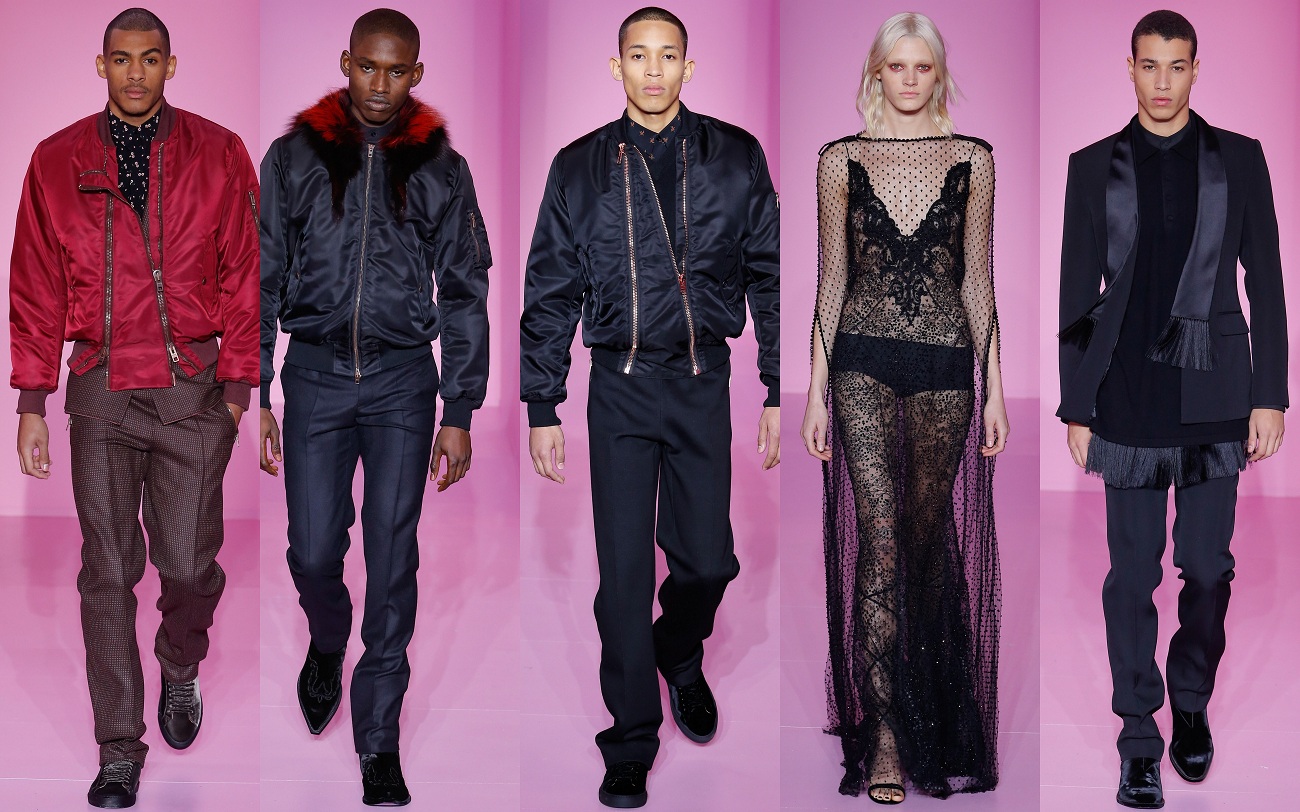 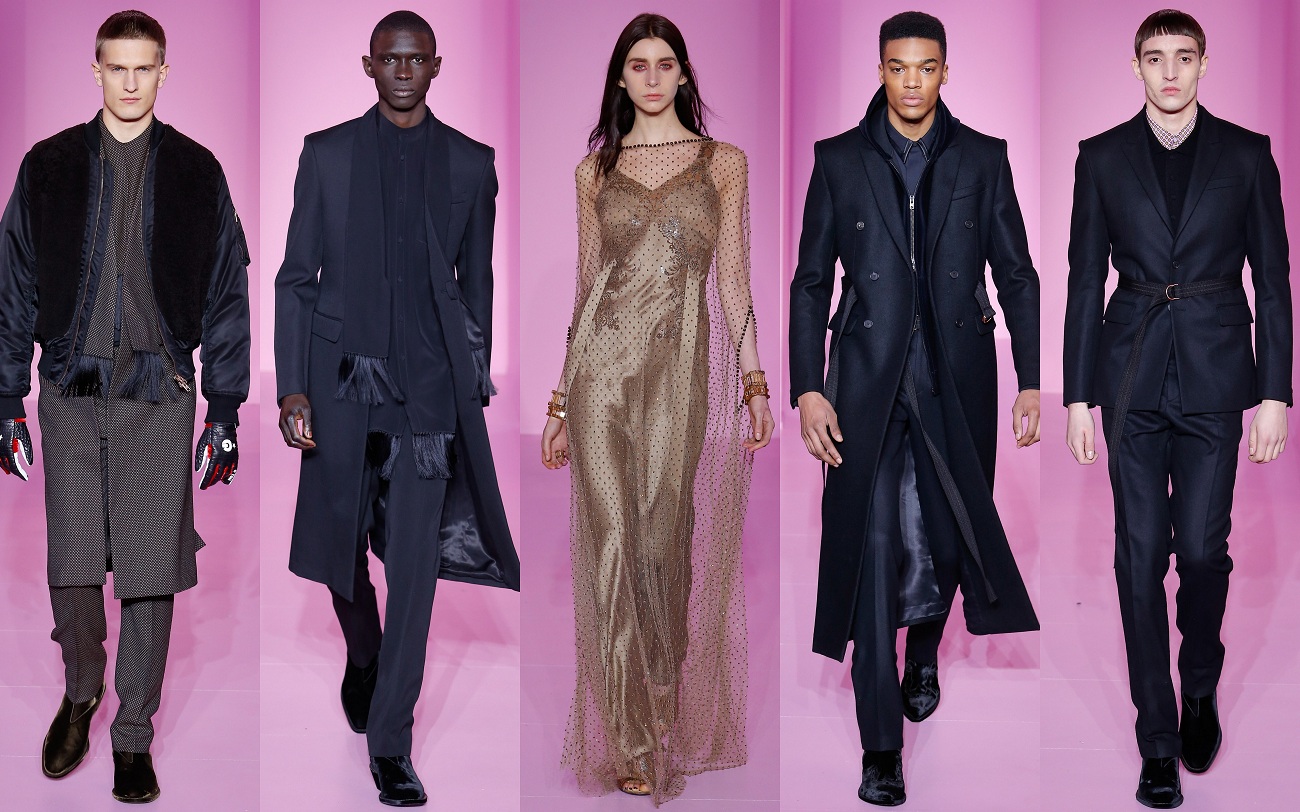 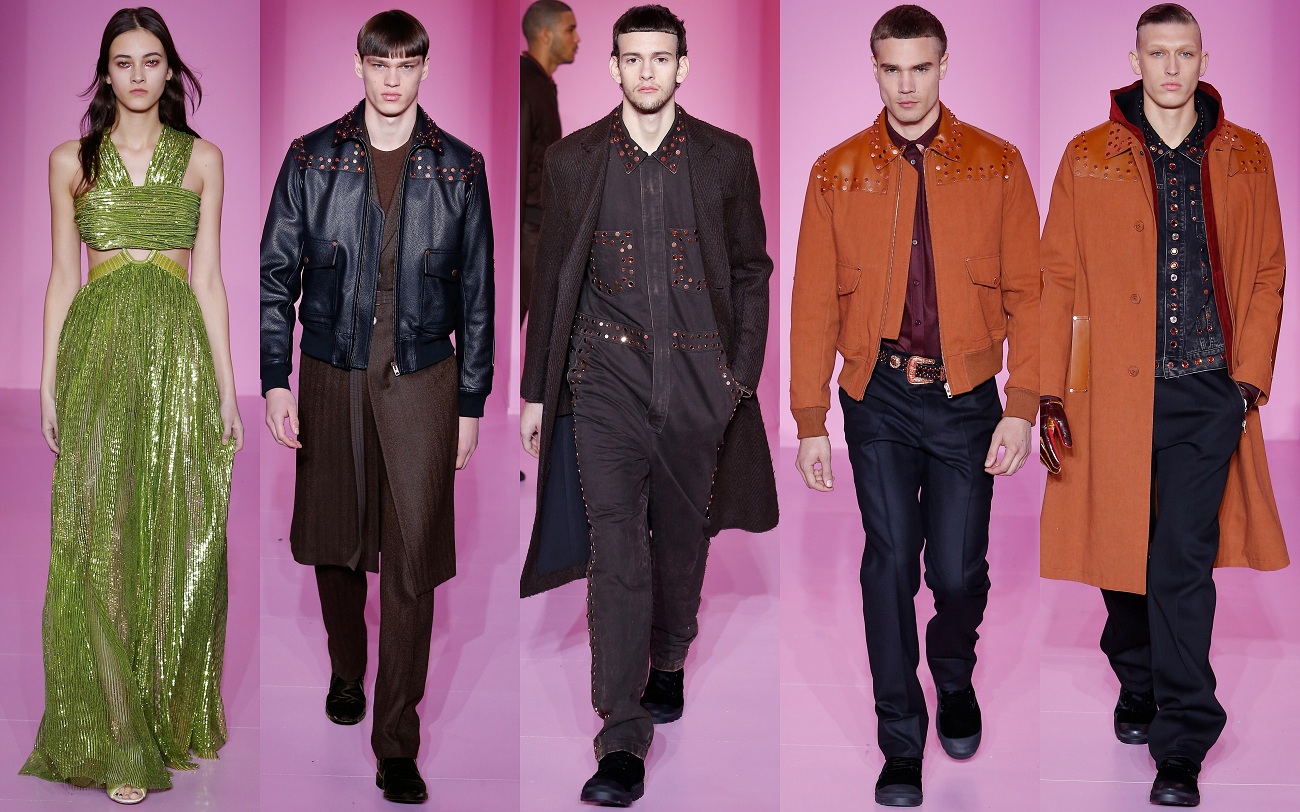 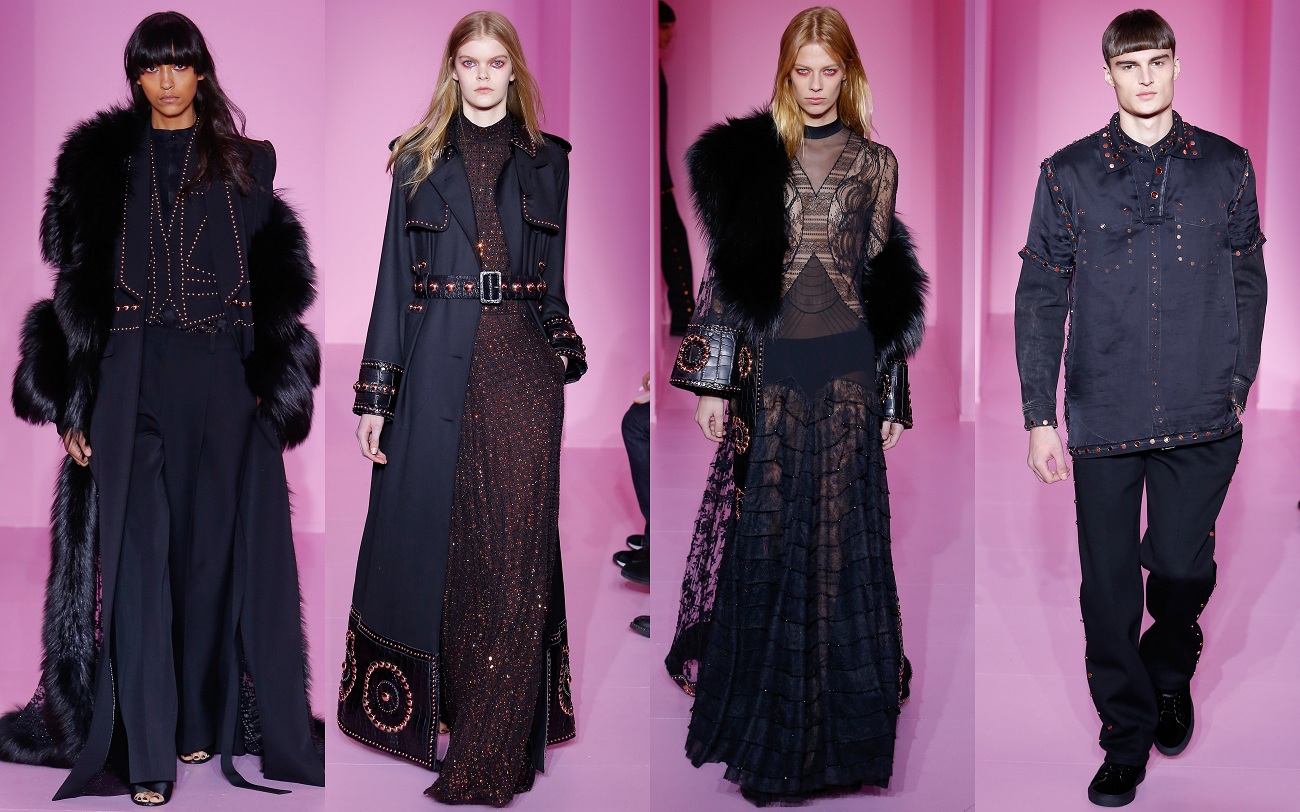 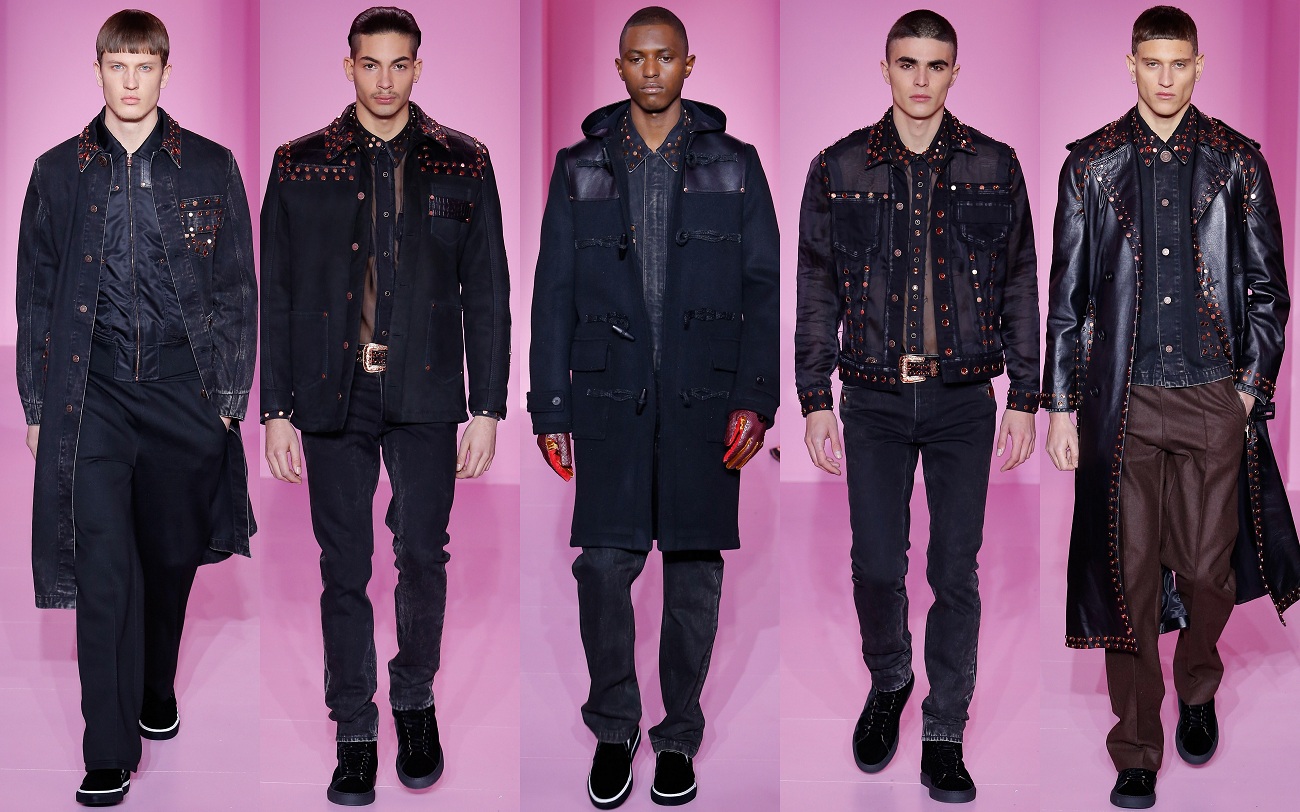 The House of Givenchy is pleased to present a brand-new capsule collection in collaboration with Disney, starring Oswald, the Lucky Rabbit, in celebration of the Lunar New Year 2023 and Disney’s 100th anniversary.​ Creative...

A transatlantic clash of enduring city wardrobes: for the Givenchy Spring/Summer 2023 collection, Artistic Director Matthew M. Williams proposes a cultural exchange between the cosmopolitan dress codes of France and America,...

For his first Men’s Ready-to-Wear show for Givenchy, presented at the Ecole Militaire in Paris, Creative Director Mathew M. Williams investigates the societal uniforms of his native America to create a contemporary wardrobe,...